We have regretted using High Class Mortgage since the day we went under contract. First, we were preapproved for a loan that, it turns out, we didn’t qualify for because of student loan debt.

The employees at the company didn’t realize that conventional loans don’t recognized deferment until after we went under contract.

After “20 years in the business” (as we were told time and time again), you would think they would have ran across SOMEONE else who also went to college.

We NEVER had ANY notice. Anytime I got a phone call or an e-mail from Juan it was “I need this right now, today, or at the latest tomorrow.”

Juan would have one of his employees call us in the evening with a list of things we needed to do or get or (minimal) information to share.

All she would have would be a list of items with no explanation behind them.

This was very unprofessional and just got us more irritated and made us ask more and more questions.

I also offered to get statements for all my accounts when we went in to complete our loan application, including my investment accounts.

Juan told us we wouldn’t need that. Again, I told him if you need that statement let me know because it will take me a day or two to get it.

The day before closing we get a call saying that he needed that statement. Well, it took me 2 days to get it (as I had forewarned).

Even AFTER I sent the statement to Juan he waited ANOTHER day before sending it (which I found out directly from the lender).

When I asked Juan about this he said he wanted to see if they still needed it. This ended up delaying our closing by a week in the end!

A week before closing we were willing to walk away from the house completely because we didn’t want to deal with Juan anymore.

We called Juan and our realtor to discuss how we were feeling. Juan blamed it on the lender (who was also horrible).

The lender that HE chose. The lender, that when I read their reviews has 1 star across the board on all sites out of HUNDREDS of reviews.

If he would had done one search he would have seen how horrible they were.

The same goes for the appraiser he chose…the appraiser who currently has a class action lawsuit being filed against them!

The appraiser who ended up copying the MLS listing into the appraisal report.

High Class Mortgage does not do their research. As a customer spending hundreds of thousands of dollars a simple Google search isn’t too much to ask for.

Our closing lasted over 3 hours because Juan and his staff were lazy and didn’t want to adjust the paperwork (the same is true for the lender).

They had misquoted the taxes (they doubled what we are actually supposed to pay).

So, the closer who was AWESOME, kept calling Juan and the lender. Juan just kept saying if they buyers are okay with it then do it.

The closer would explain she needed the paperwork drawn up with the correct numbers.

Juan just DIDN’T get it! We ended up closing with incorrect numbers and are looking forward to our refund next year.

Since closing our insurance company has been trying to track down their payment.

We were told the whole time that the first year would be covered by concessions.

However, in our 3 hour closing I guess I got anxious and missed the part where it wasn’t and signed the paper anyone.

Our HUD-1 states that only the first 2 months were covered. Well, Allstate hasn’t seen a penny…but Juan told me I have to pay it all.

Again, he’s being lazy and not following through and is not thorough at all. Again, he’s clueless.

Again, he’s blaming it on everyone else and not taking any responsibility.

HE has not spoken to the Allstate agent himself. Juan ended up telling me the rocky process was my fault. Very professional.

In short, Juan and High Class Mortgage do not take responsibility for their customers, use the horrible lenders they choose as a crutch, and take any excitement out of purchasing a new home.

I left the closing not feeling happy or excited about our new home, but feeling relieved I wouldn’t have to work with Juan again (or so I thought). DO NOT USE THEM!

This is only part of my review, I have more! Contact me if you’re thinking about using them. 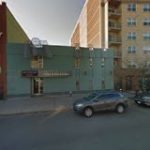