I have lived in a sponsor unit of a Halstead co-op building for 6 miserable months and I am breaking my lease and moving out on Friday due to the terrible condition of my apartment and the horrendous response of Halstead’s property managers.

To put in perspective, I am writing this review while sitting locked out of my apartment for the second time in 10 days because the lock was never properly installed my the landlord.

Last time I called a locksmith who got me in but charged $300 and noted that the lock was improperly installed and still needed to be replaced.

I emailed my property manager but never received a response. Now here I am again, locked out with the same problem.

Other highlights of the past 6 months:

– 40 degree temperatures in the winter due to cracked/drafty windows, including one missing a handle that had been duct-taped shut from the outside prior to my arrival.

Halstead’s response was first to lie to me and say the windows would be replaced ASAP and then to inform me that there is nothing wrong with them and they will be doing nothing to fix them. There is still an open DOB violation with the city.

– 80 degree summer temperatures, even with a brand new a/c unit running 24 hours a day, due to the above broken windows.

– a broken fridge/freezer for two weeks because the one they brought to replace it was too large, so they eventually had to cut my countertops to make it fit.

– no cold water in my bathroom sink for 5 months, no explanation provided.

– the floor rose up and had to be replaced, so I came home one night to my dog locked in her crate and the subfloor exposed.

The super did his best to assist but isn’t allowed to do most of the repairs because Halstead needs to approve and send a vendor.

My property manager has now passed me off to his assistant because he is tired of dealing with me, and now no one returns my calls or emails.

Luckily I am getting out of this hellhole in three days. I will never again work with Halstead and recommend that everyone stay away.

Write a review or complaint on Halstead Property – East... 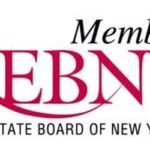