Grant Cardone owns Cardone Capital and Cardone Ventures, and it’s a dubious investment scam. You would be churned and burned out of hundreds of thousands of dollars.

I am one of the victims who bought Grant Cardone course paying tens of thousands of dollars for a corporate plan, and I got nothing. This was the most dreadful experience of my life.

When my company was already suffering from a lot of trouble and sales problem, this investment made the entire situation fall apart and asked me to get in touch with Cardone capital.

I am a businessman and like to invest in things after proper investigation, primarily when things work against my direction. I was happy to find that the website has so much to showcase.

When I was in the middle of a breakdown, my friend suggested I look for the Cardone capital, which I was skeptical of in the beginning. However, after visiting his website and knowing that the reference was from a very close friend, I could not stop the excitement to join the course.

I checked so many experts offering their precious knowledge on entrepreneurship and sales that I could not resist. I also checked the price, which was too high for an individual course for a year’s subscription. There was no mention of the corporate plan on their website, and I had to contact the team to know about the same.

At first, I was taken back after listening to their subscription cost. But, my friend also suggested that the results would compensate for the investment in very little time. Getting his feedback was the first thing that encouraged me to move forward.

The thing is, my friend was not an entrepreneur. He had learned about the course by digging and was no expert to suggest the same. However, I ignored those details, and the website did play its charm.

I paid them a lot of dollars for the subscription of 5 months. I cannot talk about the price as they made me sign the terms and conditions that mentioned I should not share it with others.

But for you to know, it was huge. If I could have used it for something worthful, I would have been doing great in my business. I failed myself and my employees. I made the worst decision of my life by enrolling in the course.

After I made the payment, the course was available online. It was huge, and a lot of information was shared through the online portal. I found it challenging to go through all the details in the beginning. But paying so much came with some liabilities. I had to complete the course to make my sales bigger and profitable.

When I started reading through the pages, I found that the course could mislead people. There was helpful nothing included. It felt as if a rough note was taken by the school student.

The entire program was full of crap and nonsense. They had everything in it that you can find on Google. They have not even tried to mend things to suit the course requirement.

Only after three months, I get irritated. Waiting for something essential to pop up, I invested three months going through every course section in detail. And, I got nothing.

I even asked my friend about what he found so unique about the course, and he had nothing to explain. He said that it was just a mere suggestion he came across on the internet and found Grant impressive, and the course seemed legitimate and worth the money.

My friend was sorry too. Listening to that would have given me a heart attack. But, that would not have gotten back my money and time. I was already short in my funds. This course made things more complicated.

Also, one thing that I noticed during the course made me sure that the system was a scam. When I enrolled for the course, they said that there were not many mentors present, and I would have to communicate with Grant Cardone for any clarification. This seemed okay until I discovered that Grant is full of shit. He uses all the wrong words and makes people feel bad about themselves.

Grant never answered my questions. I googled about him and discovered that he was a drug addict and got sober when he was 24. In one of his videos, he also had mentioned that he worked as a car salesman when he was in college. He failed at that too.

He talks about his hard work and commitment, which has gotten him where he is today. But this is also not true. From where I can see him, he is no different from any scammers out there.

It makes me even angrier to know that I trusted a con artist and made things worse for myself. The only way he can earn money is through scamming people.

He only responds to encourage you for payment for the course. Once you make the payment, he won’t bother about your problems. At least, this is what he did to me.

After three months, I decided to unsubscribe from the course. I was looking forward to the refund for the remaining month, which I did not utilize. He should have quickly paid back the two monthly costs. However, he does not have any refund policy.

It was mentioned somewhere in his vast terms and conditions copy which seemed hidden from the rest of the clauses. He did not even bother to tell me if that was the case while paying a massive amount for the course.

Not just this, the employees at Grant Cardone’s company Cardone Capital are no different from their master. These people do not feel anything while abusing you.

When I asked for a refund, I was given a lot of cusses. The employee told me that I should instead subscribe for a year’s subscription to get the full benefit. However, I had made up my mind. I knew that the course was worth nothing.

When he realized that I would not pay any further, he stopped being polite and made me suffer a lot before he canceled the subscription. He also did not inform me about the refund.

After getting a mail to cancel my subscription, I thought that the money for the remaining month would be refunded to my account in a few days.

After waiting for a month, I called back to know what had happened to the refund. I was told that the refund policy is not there in the clause.

I was taken off the course, and they kept the payment for those extra months. Isn’t this a complete scam? If I had known something like this would happen, I would have unsubscribed after two months. My money was already paid.

I had a few arguments with the representative, and he finally decided to disconnect my call without providing me any answer or meaningful reason for the same. I have never felt used to like this before.

There is more to the agony. After canceling the service, these guys started spamming me with their ads and calls everywhere. Whether online or offline, they made sure to use every medium to torture me with their marketing ads and calls. One salesman even said that I was keep fucking calling you until you paid for the course.

What kind of salesman uses these kinds of words to sell their products? There is no way I am going back to Grant Cardone.

He is cunning, selfish, self-obsessed, fraud, and whatever bad you can think of. He pushed me back into my business for years. I was more confident than today when I first started my business.

I had a backup plan. But, this guy left me with no choice. I had to seek assistance and look for investments that I did not favor. I had to break my own rules to stay in business.

And, all this had no change in Grant’s attitude. I sent him emails explaining the problem he got me into, and he still had no politeness to at least reply to that mail with an apology.

I know he won’t refund my amount, but I want to warn others. I have found out many reviews that have been pushed back by his reputation management team. He knows how to play the trick and keep his reputation clean to lure customers.

However, this won’t take him very far. He would be caught for sure. People have started talking about his flop course, spreading the word soon. I have ignited the flame and wish it reaches everyone on the internet and beyond that.

If you are reading this, please check in detail about this man before handing over your money to this fraud.

Grant Cardon is an arrogant and nonsense mentor. He only knows how to lie and make people believe in his fake stories of success and growth. You will repent later.

So, be cautious when talking to this man. He knows how to impress.

Write a review or complaint on Grant Cardone Cancel reply 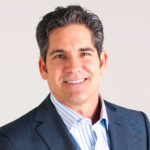