This is very unusual with a company of such a stature or at least what it shows to its customers. Future steel buildings were in negotiation with me. I wanted to purchase the future steel building and the only concern was that the rate they were providing was a little too high.

I was in talks with one of their salesmen, Robert. I requested him to reduce the price, but he was adamant and said that it was the best considering their quality and reputation. However, he made a deal with me to include the insulation and connectors in the price.

This was a win-win deal for me. I although doubted it first hand, but the deal was sounding too good to be rejected. I was anyway going to order these from the same company and if in the price of one, I was getting both the orders, what else I would have thought about?

So, I asked for a day and the very next day, I agreed to the deal he made to me. Before the shipment, I confirmed if everything will be delivered together and Robert said that it would be for sure. So, I made the payment in full.

Things changed after this. Robert called me when the package was shipped and informed that the insulators and connectors were not in stock and they would be delivered with the next shipment and not with the shipment of the building.

When I asked about the probable date, he gave me a timeline of a month. However, he added that he would try to send it as soon as possible. He told me that the inclusion of insulation and connectors would not be in the paperwork with the building but would be sent after the package was delivered in the next round.

It sounded fishy, but I had already made the payment in full. I did ask him why he did not inform me before accepting the payment and he replied that the stocks are not updated daily. Sometimes, we do not know before a week that the product is out of stock. That was the problem with my case. I took that as a genuine reason. And, did not question him further.

However, I requested him to deliver the remaining product at the earliest. He promised me that he would do that. After a month, when I called that guy, he said that the product was still in shortage and suggested me to call after a week. I did that too only difference was that this time, his phone was unreachable. I tried it many times, but no luck.

I even contacted Mr. Aitioro, and their Counsel, Mr. Navarrete. However, nothing helped me. I am still waiting for the shipment and it has been more than 6 months. This kind of sales practice is not only deceiving but unethical too. I am sure they are used to it and I am not their first customer who has been treated this way. I am never going to do business with them ever again.

Write a review or complaint on Future Buildings Cancel reply 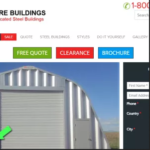