Currently, the problem is to differentiate between real and fake reviews about Fruit Street Health, Inc. After I got diagnosed with diabetes type 2, my doctor suggested I get a dietician who could regularly manage my diets.

So, I went online and did a little bit of research about different service providers. Fruit Street Health, Inc came across one of the names in managing diets and losing weight.

On their website, they offer two programs, one is monthly, and the other one is annual. Since the annual one is cheaper than the monthly one, I opted for it by paying $500.

This is where I think most people are also mistaken like I was. Even if the monthly subscription is a lot more expensive than the annual one, it is worth trying because you can decide further after getting service for a month.

Which is whether to keep the service or change it! But I got carried away by reading its online reviews, which I now think are fake.

After my subscription, I was given access to have a video chat with “registered dieticians.” Since I was curious about the dubious word “registered,” I asked one of the people talking to me the first day via video chat.

I asked him if he could show his certificate of registration. He said he didn’t have one. He said that he was a local dietician who, for part-time money, was associated with Fruit Street.

I asked Fruit Street executive, whose number I got after calling them five times. And he wasn’t even full-time with them. Fruit Street has this annoying applications like Facebook, where everything is available except what you need.

Information, information, and lots of information wherein it would take months for you to get used to it! And then, too, it wouldn’t turn out to be accountable.

After my talk with the executive, he apologized to me and said they would compensate for it. But that I would have to wait for the compensation.

I waited for a week, but I got no feedback from them. In the meantime, they said they would arrange for another dietician who is a registered dietician. But then I had to wait for two weeks until I got another; that was shocking.

I wasn’t given any proper diet until then, which I had to follow. My blood sugar levels weren’t under control, and they amounted to be 200 FBS and 300 in PPUS.

When I complained, I said I would be offered compensation this time too. Instead, when I asked them to put me through the manager and give me everything that had happened to me in a written email. The manager was such a liar! After two or three talks, he started ignoring my calls.

Later I only had the number of dieticians who weren’t registered, and I tried to contact him. He started abusing Fruit Street for not having paid his dues on time. And he said that he had filed an official lawsuit against Fruit Street for the same.

Also, Fruit Street had many other dieticians like him, and all of them worked by telling their customers that they were registered, dieticians.

When Fruit Street finally contacted me, I asked them to put this dietician back to a job and inquired about my compensation. They told me that the manager had been changed last week and that whatever happened with me was to be given to them in an email.

They said that I had to give all written within three days-time; otherwise, my subscription would be canceled. How can they do this to me? First, they don’t offer me guaranteed services, and then they don’t compensate me.

They do not even mention when I would be offered compensation that they had promised me. Those are all the reasons that I have in the world to term them strictly unprofessional.

I wrote everything in the email and asked them to cancel my contract and give me my complete $500 back. I even asked them to take back the gifts they had given me, i.e., Fitbit.

(They do not offer you the original Fitbit. They offer you a local one. Which is not waterproof, and they do not inform you any prior. Once you go back to them with a complaint, that’s when this point comes up.

They replied to me instantly, denying that they would offer me any compensation or cancel the contract. Instead, they said that I would have to either continue with their program with a changed dietician or lose all the money that I had paid.

I wrote to them about the time that I had wasted, with the scanned photographs of my tests that were not good, after I joined Fruit Street and asked for compensation for the same.

No reply from the manager regarding this! When I woke up, I got a call from an unknown number informing me that he was my new dietician.

And that because he was a registered dietician, I had to pay him $5 for one sitting. I asked him who gave him my contact number? He said that Fruit Street’s manager gave him my number. What kind of logic is this? Fruit Street is a total money waster. They charge you $500 and provide you with nothing.

These guys promised me that they would work harder on my weight issues and get it back to normal after registration. Nothing of that sort has happened yet! It’s been four months now, and I am still waiting for my compensation, my diabetes to get in the normal range, and to be consulted by a registered dietician without paying extra.

This is all because I fell for the fake reviews mentioned online about Fruit Street. They all are fake! Please do not trust them. Later, I learned how brands post mock interviews to boast about themselves! Fruit Street is one such brand.

They do not offer any satisfactory service according to their promise. After a few days of this incident, I was contacted by another person, who said that what had happened to me was nothing strange. This is what Fruit Street had done with him as well.

I asked him if he got any compensation, he said no. He even said that Fruit Street regularly charged him $5 for getting him consulted by a registered dietician.

Fruit Street charged him $500 extra than the annual fees. This is absurd! When did I ask him what was his dietician’s name? He told me the name of that dietician, who told me that he was not a registered dietician.

He said that he wasn’t even given the free Fitbit after two classes. Instead, he was even charged for that too. When he denied that he didn’t want it because they were prosecuting him for $10 extra than the regular one by telling him that this one had additional features, they said that he had to take it; otherwise, they wouldn’t treat him.

This guy was conned by Fruit Street and charged extra, but also was his diabetes report not typical, even after getting associated with Fruit Street for a year. I wonder what Fruit Street’s efficiency is, and based on which they lay such claims openly on their website! And who writes positive reviews about them on the Internet.

In reality, their firm is a cheat. They conned that person. They have fooled me. Later I also learned that their old manager, who had left Fruit Street, was still with them. My colleagues told this to me, who also wanted to report against Fruit Street’s injustice that they too had to face.

Please beware of such ongoing Internet frauds by Fruit Street that promise you services and grab your money. Once the money is in their accounts, they run away.

Their services turn out to be fake ones. And their employees are just like their managers, and they are all fraudsters. I wonder how many such $500 would have been present in Fruit Street’s manager’s account!

And how many lawsuits are filed against Fruit Street Health Inc? Never take into account positive online reviews that are full of sweet words. They are all trap and crap.

Along with this other person, I have filed a lawsuit against Fruit Street for robbing us of $500 each in the name of bringing our diabetes level to a normal range and decreasing our weights.

We will see that Fruit Street Health, Inc suffers for all the evil deeds they have done to us. 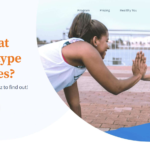