if your thinking about this place RUN  as fast as you can RUN AWAY from Flores Professional Services…. not professional at all!

I wish I can give then Zero stars… Don’t even bother coming to this place to do your taxes… they don’t know what they are doing. they only care about the money.

I have been going to them since 2000 I though they were a good place to do my taxes.

Have notice that they are charging really high for normal taxes.. each year they
charge more…  I had never had any problems with them.

However, now I am getting a letter from the IRS stating that I owe them money because they didn’t do my taxes right.

I call and spoke with Jesus Flores and explain the situation and in short he said he couldn’t help me because it was my fault for not reporting income which I did and his daughter said I didn’t need to reported because it was not counted.

So now I have to pay $$$… I am not the only person this has happened too. my uncle when through the same with them a few years back I should have look for someone else at that time but I thought they knew what they were doing… I cant believed that they will tell the client that its their fault, aren’t they the professionals and this is their expertise.

If they can’t do taxes don’t even think about doing immigration things with them… 1st they are not lawyers and 2nd they will not help you if they file something wrong with your immigration case… In the place that I work I have had soooo many people complain about them and I didn’t want to believe them until it happened to me… I wanted to give them the benefit of the doubt…. which will cost me over 1k…  So if you don’t have $$$ to spared and you don’t want to be deported just go to an immigration lawyer and a professional tax place… 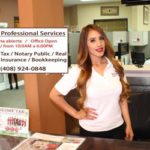