I would never use Evergreen Home Loans again. I purchased 5 homes in my lifetime, and never have I gone through what they put me through.

I bought in 2017, and have had a chance to talk to MANY people in the business about my experience.

I was treated differently I believe because I was a retiree. Even though I had enough assets to buy the house 4 times over.

The first person who was assigned to me was good, but then they switched my file to someone who wasn’t fully experienced.

They also made me pay off my car which was 9k. I have since been told that since I had GAP insurance, there was no need for me to pay off my car.

Yet they never said anything, and should have asked. GAP insurance pays off the car should anything happen to the car.

A wasted 9k for me. It was one of the most stressful experiences in my life.

This gal had me on my computer chasing after this and that for about 6 hours a day, and pretty much it was fix it fix it fix it because of her poor instructions.

I complained and they should have given my file to someone more experienced based on what I had complained about.

I never went through any of this with the previous 4 houses I bought.

I might be buying again this summer and I won’t be using Evergreen. 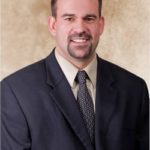