If I could, I wouldn’t even rate Engelbert Tax Services a 1 star. John may seem like he knows what he’s talking about but he far from does.

My husband’s business and our personal taxes were given back to us on the day that they were due.

We would try to contact him on several occasions and he would return our calls a month later.

That was our first mistake by staying with him because I think communication is so important.

We lived in Fresno at the time so we were able to go to his office.

We ended up moving to San Diego for my job so that is why we depending on the phone and email.

The month that our taxes were due, he never returned any of our calls and just emailed our taxes that day. That’s not even the big issue.

When we got our taxes back, we owed a ton of money and it just didn’t look right and at that point we knew we needed to see another CPA.

We go to another CPA and he literally looked at our taxes and was so perplexed. The correction that was made was over 30,000 dollars.

We owed way less than this. We take full responsibility for not listening to our heart and finding someone different when he wasn’t returning our calls.

I think John thought that we were young and stupid because at the time my husband was going through a business transition.

I think he took advantage because he thought he could. How do you not care about screwing someone over?

How are your moral and values so bad? With that being said, how you treat people tells all and integrity is everything.

Maybe he didn’t know what he was doing and he could have simply said that.

I do not recommend this company and if you had your taxes done by John, please get a second look. This is not the only review stating the same issue.

Write a review or complaint on Engelbert Tax Services 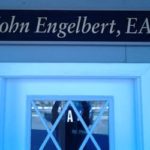