Never again. Working with Eng Lending has been the most unprofessional, ill prepared, and condescending bunch of crap ever.

I lost the first house because they were incapable of closing and then was promised that If I used them again everything would go smoothly and quickly, promising that we’d be able to close on a new house in two weeks.

Well, it’s been 45 days and I’m about to lose this house for the exact same reason before.

Makes me think they’re unable to make any loans but get some kind of kick back from the appraiser and inspectors.

I’ve spent over $2500 yet still am without a house. Beware. Seriously. They’re the worst ever.

Write a review or complaint on Eng Lending Cancel reply 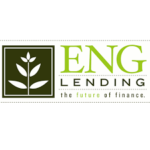