Emily Robertson, most known as Emily Robbery, is a shameless copy dog wannabe who lives by copying others – precisely stalking and copying from those who thinks she is merely a low quality, rotten inside dumb gabbage.

No rumor. Just look at her historical douche photos, you will know her raw material inside and real goods. That will never change no matter how much she’d try to take shortcuts by mimicking those who merely thinks she is a clown.

She posted that bra photo because she wants to show support to her notorious home wrecker friend who likes to poke its bare ass up in the sky to advertise its public availability for anything. This hoe spent 6+ months in Europe hooking up with someone there and then lined up with the next in US (despite being out of the country for so long) who greeted her the moment she got off the plane. Then even more disgusting, she publicly showcased burning her photo with this dude who she spent her lengthy “Unemployed unhappy what now” period with before moving to New York.

What a trashy whore and home wrecker supporter! This is Emily Robertson, who works at M Booth in New York. Even her job title was copied because she “wannabe” those she stalks and copies from. Rest assured everything else she is doing is copied. She is now pretending to be more of a decent type after those she is copying from. What she didn’t realize out of her dumb brain is what she was made out of and those she copied from have never had these dumb moments and photos like she did.

Once a garbage, always a garbage, no matter how many sheep’s clothing she puts on.

Write a review or complaint on Emily Robertson Cancel reply 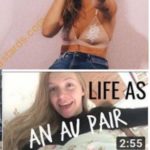 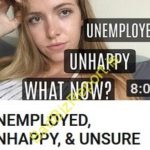