I was going to write Tracy a very good review because my in person meeting with Tracy went very well, but one hour after hour meeting

Tracy called me to inform me that she had filed my taxes under a different tax ID.

We agreed to talk the next day and since then she has been ignoring my calls, texts and emails.

It’s been over two weeks now. I also had a few questions that have yet to be answered and think she might have made another mistake.

This is not professional. I don’t know what to do and am thinking of asking for my money back so I can refile my taxes with someone else.

I was also charged more than twice as much as initially quoted (almost 500 instead of 250 and the deal advertised on here 100 for 250 wasn’t honored by Tracy.

I am certain if I don’t get this resolved I will be audited. 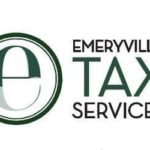