I got a call from someone working with E Loan Finance a month back. This guy was very sweet and was trying to be very helpful during the call. He said that I am one of the few lucky customers who has got his loan approved for $5000. The guy also confirmed that my details were taken from a website where I was looking for loan details.

There was no scam involved in the process and all he needed was a small amount for fee to process the loan in my account. He said that the money will be transferred through MoneyGram. I was convinced by this point. The coincidence was that I was in huge need for loan. I did have contacted few companies; however, it was taking too long for all the paper works and approval.

So, I decided to go with E Loan Finance. I also have heard about the pre-approved loan and I knew that few companies and even banks offer such services. So, I told him that I would be paying the fee for the processing of the loan. He told me to pay $200.

It was not very huge amount for a $5000 loan. So, I paid it right away. Later, when I did not receive any calls from him for a week, I decided to check myself. I called him and he said that the process was already in action. He also told me that he would require another $100 for the processing of loan. He said that the credit scores were not that great and there was some problem while assessing the same.

He said that the loan would be processed in another 24 hours once I pay the $100 extra fee. I was such an idiot. I did not understand that he was trying to scam me. So, I paid him another $100. As before, the money never reached me even after three days.

I called him again and this guy was so shameless, he told me that I would again require to pay $200 for some insurance. He suggested that insurance would cover me for medical bills and would be a part of the loan service. By now, I understood that this guy was making a fool of me. So, I decided to cancel the loan.

I told him the same thing. I asked I wanted the fee back that I paid earlier and I won’t be taking the loan from E Loan Finance. To this, he said that it would take 7-10 days for the refund of the money. I thought at least he was sending my money back. After 15 days, when I called him back, he did not reply. I called the company’s number and they told me that it takes some time for processing the refund. They asked me to wait.

It has been over a year and I have still not received my refund. I know now that E Loan Finance is a fraud company and they never intended to pay me any loan. 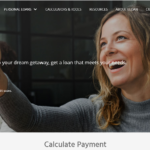