This is from my wife, but it perfectly describes our experience:

I had high expectations for these 2. They have a nice site, nice marketing and were quick to respond to our inquiry.

However, this is where the NICE part of my review ends.

If you are a first time home buyer, buying new and expect your realtor(s) to actually do work or at least pretend to care then please continue your search elsewhere.

We met with Jessica and Masumi twice, 1st at our initial consult and the 2nd time when we went to Sac to see 1 used house and a new build (that we found).

The new build was already sold but there was another home that would be ready 3 months later in September.

We decided on the September house, Jessica and Masumi definitely made sure the paper was signed to get their commision and J did review the contract with us.

Jessica attended the design meeting a week later on June 28th and that was the last time I or the builder’s rep heard from them until they texted to just say hey a ~week before we closed and my husband had returned from his deployment.

We were in escrow 3 months. My husband was deployed and only my loan officer and builder’s rep checked in with me, provided updates and made sure that I got everything in place for our move.

Jessica’s excuse as to why they were M.I.A.? “Oh, since it was new construction there wasn’t anything for her to do while the house was being built.”

Of course, this is a lie because I know plenty of realtors on the East Coast and they stay in touch with all of their clients regardless of the type of home and trust me their commissions aren’t $11k.

They didn’t know when we had our walk through or signing.

They did show up to the signing after I guess the loan officers told them (we had asked them not to) but they were already there for Masumi’s signing anyway.

Did they check on us to see when the loan funded, the deed was recorded or when we got our keys? Nope.

But they DID call and text us non-stop while we were trying to move in order to have us sign a document they needed in order to get paid before the weekend (Jessica’s actual words).

If you want to donate $11k+ to people who did nothing but walk with you through a model then go ahead.

I wish we would’ve just went and got the house alone because the process would’ve been exactly the same. 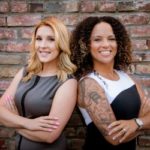