A good doctor is hard to find Another doctor of mine referred me to Dr. Shahab Roohparvar because my Internist retired.

Despite the negative reviews online, I trusted the recommendation so I made an appointment due to experiencing symptoms of a kidney infection.

I saw Dr. Roohparvar on Monday, January 25th. I explained my symptoms.

Dr. Roohparvar dismissed them saying he believed it was just back pain.

He asked me if I had lifted anything heavy like a child. (I am a Court-Appointed Advocate for foster youth.) I replied; “No”. He talked about Sciatica.

I explained I have had that before and this pain is definitely different.

When I asked him about the cloudy urine symptom I was experiencing, he said it was “common in men”.

I thought this was odd because I’m clearly female.

He proceeded to add some lab requests to an existing lab order from my other doctor and wrote me a prescription for 2 weeks of physical therapy for “chronic back pain.”

The next morning I went to get the labs done. The lab assured me that Dr. Roohparvar’s office would have the results the day after, on Wednesday, January 27th.

There was no answering service, only a machine with a recording that states not to leave a message and to call back during business hours.

I called again at 2:33PM. I asked if they had received my lab results and the woman said she would look for them, have the doctor review them, and call me back.

I never heard back from her for the rest of the day. The next morning, Wednesday, February 3rd, she called at 9:25AM stating they had not received the lab results and asked me which lab I went to.

I gave her the location and she said she could call the main office and obtain the results.

Today is exactly two weeks since I saw Dr. Roohparvar and I never heard back from him or anyone on his staff.

I have since received a copy of the lab results confirming the infection.

I highly recommend trusting the negative reviews and NOT going to Dr. Roohparvar’s office. 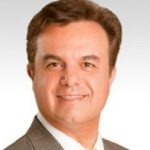