A few years ago, I went to the smirky Dr. Roy Kim to have a cyst removed from my back.

When he met me at the hospital to perform the surgical procedure, he told me he was late for another appointment.

After rushing me into a hospital gown, he then haphazardly removed my cyst as quickly as possible, sewed me up like I was some random piece of cattle … and left.

A dark, raised keloid scar soon formed. When I told Dr. Kim about this, he said it was because there are certain people (me being one of them) that easily form these scars.

This could be PARTIALLY true. However, I feel that his sloppy and frenetic surgical work also contributed to the scarring.

I’ve had a cyst removed before … and it did not leave behind a nasty keloid.

Dr. Kim decided to deflate my raised scar with two cortisone shots, which he ROUGHLY injected me with; couldn’t figure out if he was simply on a power trip or just naturally ungainly.

Soon, my scar deflated into a sunken crater, the size of a quarter.

So – to sum up this review: I went in to get a cyst removed (the most MINOR of surgeries) … and was first left with an ugly keloid, then injected with cortisone, which has now left it appearing like I have a hole in my back.

And guess what! The cyst has returned!

Don’t let his professional-looking office in the Mills Building sway you! STAY FAR AWAY!!

Is Dr. Roy Kim legit?
Dr. Roy Kim is not a legit business owner or provider. They are not aggressive towards their customer satisfaction and complaint grievance, and hence 18 consumer(s) was/were given a Dr. Roy Kim as a negative rating, and only a few left positive feedbacks.
Where is Dr. Roy Kim located?
Dr. Roy Kim is headquarted at 450 Sutter St Ste 1440 San Francisco, CA 94108. We do not have any affiliation with the better business bureau or yelp reviews platform. You can contact Dr. Roy Kim by dialing (415) 362-1846 or visit their website drkim.com.
How much monetary loss is incurred by Dr. Roy Kim’s customers?
According to the reviews posted by Dr. Roy Kim’s customers, US $3233 was the total loss incurred, and hence the severity of the scam is medium. 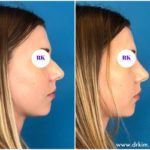