I had a surgery in one of the hospitals where Dr. Noel Bell is registered as anaesthesiologist. The problem isn’t with my surgery but with Dr. Noel. This man has no clue of how to give local anaesthesia. I was the unlucky one who had to go through all the problems that happened after the surgery. I completely knew that the problem was only because of the anaesthesia that was given to me.

Before I was taken to surgery, I was asked if I had allergy to anything. I said it clearly that I was allergic to few medicines. They checked my blood samples to see if there was any problems and I was completely fine to undergo the surgery. However, when I was taken inside the operation theatre, I felt uncomfortable. I was never before admitted to a hospital and was a bit traumatized. I had heard so much about the problems related to local anaesthesia. I was only praying that I do not have to go through all that.

Dr. Noel asked me to turn to the side so that he could inject the anaesthesia to my spinal cord. That is what I felt where he pricked me. Anyway, I turned around. The first prick did not go well. He did it twice. The second time I could not sense my legs anymore.

The surgery went well. However, after the surgery, I started having severe pain in my legs. I checked with the doctor who had done my surgery. He told me that it was nothing to do with the procedure. Later, I checked online and there were too many signs that told me the problem was with the way I was given anaesthesia.

I used to have unbearable pain when changing the position of my legs. If I was standing for long and sat afterwards, I could hear the cracking sound from my legs and it hurt a lot. Similar situation was there when I sat for too long and stood up, the pain got my nerves.

I called dr. Noel Bell to consult if the problem was because of the prick done for locally paralyzing the legs. The doctor was harsh. He started shouting at me for pointing my fingers on him. He could have given me suggestions and consultations for getting back to normal routine. However, he decided to shout at me.

The voices were getting out of his cabin. I felt insulted. And, somehow someone heard him shouting. When I got out of his office, someone stopped me and told me his story. It was similar to mine. He was pricked twice too.

It is very much clear that the doctor has no sense of professionalism. Moreover, he does not care about his patients. I had to consult other doctor who helped me sort the problem out. A physiotherapist helped me lower down my pain.

I still sometimes get these strokes while changing the position of my legs. However, it is too relieved now. Few more sessions would help me feel better. Please do not go to the hospitals where dr. Noel is appointed as anaesthesiologist. Or else, ask for someone else.

Write a review or complaint on Dr. noel bell 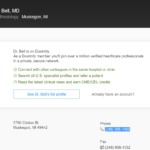