Having Dr. Nadereh Varamini for many years, im surprised im not dead by now. I would always get sick and i still do.. so i am kind of a hand full…I was a patient of dr varamini for 5+ years forsure.

When I first started going to her She was never in a rush the first year of seeing me.. then things changed.

She does not care about her patients and wants to constantly be rushing .

Apptments are back to back and she doesnt want to hear the issues people are having.

In second grade, my mom had to pull me out of school for half the year because I kept having a high fever and throwing up over 5 times EVERY night.

As i am an adult now, i am sure NO PARENT wants to see their kids in this much pain.

Dr varamini had no clue what was going on with me.. ok thats fine… but she kept puting me on SO MANY different medications as if i was a TESTING ANIMAL.

The specialist she sent me to had nothing to do with why i was sick. Another incident that happened was I had something weird growing on my skin… alright whatever.. i asked her to refer me to a dermatolagist.. she told me she can do it herself but it would cost multiple apptments.

I went to three and kept paying the copay and got NOTHING out of it.

She was getting paid for no reason. So after i left her office because i was so frustrated on how much of a terrible doctor she is i went to an adult doctor.

She refered me to a dermatologist and it took one apptment to take that extra skin off my skin.

So obvi dr varamini did not know what she was talking about. before i switched doctors it was around christmas time and i got pneumonia.

I felt like dying. I went in dr varamini was not there so i saw dr hayes. He is also an idiot.

He has NO CLUE what he is talking about. He just gave me some random medication and had NO CLUE I HAD PNEUMONIA. AND HE WAS PRESCRIBING ME RANDOM MEDICATION.

I AM NOT A LAB RAT TO TEST ON ME. If you want your kids to be tested like lab rats and have no time to speak with your doctor this is the place for you!

ONLY GAVE ONE STAR BC NORMA IS A REALLY COOL NURSE.

Other than that everyone else sucks and does not have good knowledge at all. 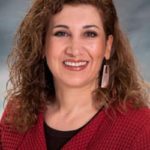