Goodbye Sutter Pacific and Dr. Michelle A. Malcolmson. I normally see Dr. G (who is pretty great, but unfortunately going to switch to One Medical after this unreasonable ordeal I went through) but he was out and I needed a same day appointment.

I should have known better and had a gut feeling that things were too good to be true to see a doctor same day in this city or at least a good one that’s not always booked out.

I entered the waiting room at 3:20 p.m., was called to my room around 3:55 p.m. and didn’t see Dr. Malcolmson until 4:35 p.m….yes, you read that correctly, what…? NOT ONCE did a single nurse approach me to tell me she was running late.

I even heard them through the door talking about closing down the lobby.

HELLO! I was still in the room alone…did they forget about me?! Anyways, she came in looking frazzled beyond belief and was in and out in about 7-8 minutes.

She “diagnosed” me with a common cold and prescribed me Mucinex (which she pronounces wrong), Flonase, and Claritin.

Great, great, can I have my $40 co-pay back so I can go buy all that crap? I’m pretty sure I’ve experienced a common cold and it has never felt like this but okay.

I called back the next day to explain the situation and was told *maybe* I could come back in and see my regular doctor for a second opinion and wouldn’t have to pay my co-pay again and that the site manager would be calling me back.

I called back again the following day and the site manager told me I was on her “to-do” list for that day and that unfortunately Sutter Pacific cannot waive co-pays or reimburse me for the one I just had paid.

But I could come in and see my original doctor again if I wanted and then I asked if there was someone else I could speak to.

She gladly gave me another number for Sutter Pacific Quality Care line which is hilarious because you call it and you leave a message and the automated message tells you someone will get back to you in 30 days.

I understand it isn’t anyone’s fault for how much my co-pay is, but why wouldn’t I be able to see my original doctor if I’m still feeling terrible because I clearly wasn’t diagnosed properly the first time after an unacceptable experience and be able to forgo paying another co-pay on top of the one I paid 48 hours previously? Seems like you would keep a lot more customers long term that way.

From reading the other reviews, maybe she had an off day, but I don’t know if I believe it.

Sad to be saying goodbye to the good doctors I actually like at Sutter Pacific. 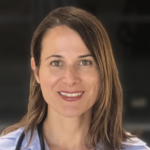