I had a nose job which I clearly explained that I want to breathe well and a straight nose due a broken nose before.

I showed pictures and result was horrific. I paid $7000. I have pictures.

Then Dr. Mark Blake offered to do a decision for additional $500.

In the end after 2 years of agony, pain, two botched nose jobs, had a nervous breakdown.

They neither offered to refund my money.

I decided not to sue and waste time but had to go to another surgeon which did a phenomenal job. Stay away from Dr. Mark Blake for nose jobs.

Maybe other surgeries he is ok but nose jobs is not his forte. 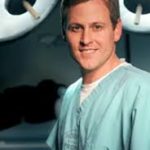