Aetna PPO – open choice managed access specifically states you can self refer to a specialist.

Dr Jennifer Lee and Linda Lee are both listed in Aetna’s site as fully in network for this policy.

Upon calling, I was treated exceptionally rudely by a secretary in their office named Christine.

We spent 10 minutes going in a circle where I explained to her that I just moved to the area.. that I had documented history of arthritis and was on medication for that (which was running out.)

I finally gave in and agreed to go to a PCP just to get a referral (which will cost me more money).

I then asked when the earliest appointment would be and Christine told me that it would be next January (2 months out).

This office clearly overbooks as indicated in other reviews. Basically a factory to churn out patients as fast as possible.

Write a review or complaint on Dr. Lee Lynda 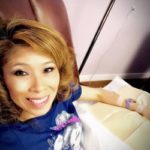