I wrote a couple of unfavorable reviews for Dr. Kirk Churukian and it “mysteriously” disappeared after several years.

It is important that you read this, as I warn you to NOT go to him.

I have an atrocious, visible scar on my face where he did a procedure several years ago.

I went back almost 12 times to try to have him “fix” this scar; he made it worse by leaving gauze “accidentally” where he made the incision (yes, he finally found it after the 10th visit and had to reopen the area to remove it!)! Yes, the area got infected which exacerbated the scar!

I have spent thousands of dollars trying to fix this scar.

I see he’s trying to ingratiate himself with the public by putting whimsical pictures of himself.

Dr. Churukian: The other poor reviews and mine should be a clear message about taking plastic surgery and people’s self-esteem seriously.

Scars are a big deal, and it’s something I have to look at and deal with daily.

It’s so unfortunate and such a huge regret. 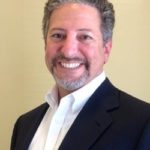