First Dr. Kenty Sian I saw after I was botched by athenix. I literally left in tears.

I was embarrassed as it was but then he looked at me with disgust.

Told me I had went too big and he really couldn’t do anything but remove what was left of my implants and nothing more.

My breasts would always be deformed. He stated he didn’t want to even attempt a replacement and if he did he would not go above a b and they would still look disproportionate.

His bed side manner was trash. The nurse had to console me.

Even though the removal was approved by my insurance I opted to try another surgeon who didn’t look at me and treat me like I was disgusting.

I could’ve taken “bad news” but didn’t need the sneers or the poor bedside manner. Rude. He was just rude. 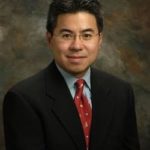