I had called in several weeks ago and talked to the receptionist about making an appointment for a screening colonoscopy.

I was told I needed to see the doctor first, but then the colonoscopy would be one the following week.

I was called the day before and probably got called at least 8 times!

They wanted to change my appointment-so agreed-and asked for the date of procedure-they now said they did not know-lots of emergencies, etc….but show up anyway…so I went-hit lots of traffic due to them re-scheduling me late in the day…asked to make sure of coverage-and also that wanted the procedure done before the first.

The gal I was dealing with was less than honest and could not verify my insurance, and they seemed to want to get me in the door and ignore my concerns.

They then told me would not happen since the doctor was taking a holiday off! Hello!

That could have been told to me when I called in weeks ago-and I would have now had the procedure done while I have time off!

They wasted my day and were less than honest with me.

I’m going to find another doctor who can keep their agreements. 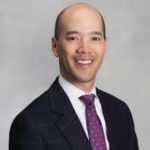