The doctor is fine. The front staff is horrific. Dr. Jean Luong is away on vacation and wasn’t in to sign off on an emergency refill for insulin.

I had Walgreens immediately fax over a request to the doctor’s office so they could sign off on this emergency refill.

4 hours later and Walgreens still hasn’t had anything returned faxed.

I called Walgreens, and the pharmacist tried to reach out, but there was no return call or fax.

He’s going above and beyond, yet this office fails even to meet him halfway.

I then called the office, and Bonnie stated, “Everything is internal, so I don’t even know when we get a fax” WELL, I JUST TOLD YOU!

I asked if she could inform the doctor about this serious issue, and she refused to help!

I seriously don’t care if the system is internal. The onsite doctor filling Dr. Luong’s request in the meantime is in the office and can be approached if there is an emergency.

Bonnie’s refusal to help even though my boyfriend’s blood sugar is dangerously high and has been so all day is disgraceful.

This is shocking that emergencies like this are not approached responsibly by the lazy receptionist.

I swear, if something happens to my boyfriend because of Bonnie’s laziness and careless mentality, this office will learn its lesson. I can promise you that.

Fire this receptionist if you continue to want business. She’s basically the reason your office is at threat of being sued. 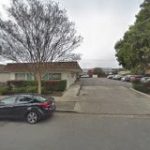