Dr. Jaidep Iyengar is charming and personable and left me handicapped for life.

During a right hip replacement surgery, the nerve to my leg was seriously damaged leaving me with little feeling below the knee and a drop foot.

For several days following the operation, I experienced unbearable excruciating pain in my back from the position into which my body had been twisted during the surgical procedure.

When the nurse in Dr. Iyengar’s office roughly jerked off the initial bandage, she tore off a section of skin. A scar remains.

My right leg is now 3/4ths of an inch shorter and smaller than the left and has suffered muscle atrophy.

The ankle of my right foot swells and I am awakened two to four times each night with severe cramps in that foot and lower leg.

I cannot walk without a limp which is now causing problems with my left hip and left knee.

My weakened floppy foot buckled under me several months ago causing a hard fall on my shoulder, ultimately requiring painful rotator cuff surgery with bicep involvement.

I am told that my right arm will always be approximately 15% weaker than it was prior to the fall.

Since the operation, I can only walk short distances without fatiguing my right leg. I must walk cautiously to prevent another serious fall.

My left hip and knee become irritated and will likely require surgery and my right foot still flops to the degree that it cannot hold onto a shoe that does not tie or fasten around the instep.

Previously I was quite fit and active in Zumba but now have lost much of my exercise ability, balance, and stamina.

According to the Stanford neurosurgeon with whom I conferred, the average rate of nerve damage occurring from hip surgery is .05%.

Dr. Iyingar causes a much higher rate. After months of every kind of therapy, thousands of hours of exercise and after great expense and pain, I am still left a permanent and irreparable cripple…with many problems that I did not have when I first visited Dr. Iyengar. 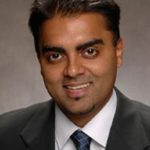