I guess its universal. It does not matter how good the doctor is. If s/he employs staff members who are unprofessional, rude, and unhelpful, in the long run, the doctor is gonna be a big thumb down.

Dr. Grace Yu is a case in point. I called her front desk trying to schedule an appointment.

She sounded rude and extremely impatient and put me on hold for a long time and then told me that Grace Yu is not accepting new patients.

The whole thing is fine as I have the most desirable insurance plan.

And I am not too worried about not to be seen by other doctors.

Its just that if they would be a little smarter as to tape that and play that while putting us on hold.

I thought doctors are supposed to be smarter….. So backward, really stupid. 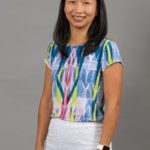