I visited Dr. Eric Berg’s clinic after watching his tons of YouTube videos and reviews where he talks about health and nutrition.

To be honest, I was intimidated by the way he presented the entire thing in the video and that was the reason I wanted to give it a try.

Dr. Berg also pitched about free consultation in his videos. So, there was no way to ignore such opportunity.

He runs The Health and Wellness Center in Alexandria. He takes every measure which is unethical to get clients and that is the reason he flaunts about the free consultation.

It is just a bait to attract customers and once they are inside his centre, he goes beyond limits for selling his products.

He pressurizes customers to pay for the overpriced products that has close to no effect. His treatment programs are also designed in such a way that it only benefits him and not the other party.

They have even monitored their reviews online and pay for posting fake feedbacks.

This is all because they know that only the positive review can fight the negative comments of scammed customers.

He offers expensive treatment plans and do not offer cancellation policy which is again a red flag.

If a company has trust in its product and is genuinely trying to help, it will at least provide a period to reconsider the decision.

However, in case of Dr. Eric Berg, this provision is not available.

When I visited Dr. Eric Berg for the overweight issue, he asked me to carry the list of foods and supplements I had been taking.

I carried everything as instructed and reached the centre on time.

They took my weight and blood pressure and made me wait for more than an hour.

After hour and a half, an assistant doctor observed my case and did few tests.

After few minutes, he started talking about my metabolic rate and all those general stuffs I already knew. He further told me that stress was also one of the reasons for my obesity.

He made me pay $1400 for 6 sessions and was adamant on making the rest of the payment. I was not prepared for any purchases but couldn’t help.

Unfortunately, I was not able to visit them on the scheduled date and wanted to reschedule the sessions. They never did that.

I wanted refund and made several attempts to call and email them the request. They ignored me every time.

I contacted the manager and he reminded me that the agreement I signed clearly stated that the amount was non-refundable. I tried to negotiate. That did not help either.

I filed my complaint with Better Business Bureau and the Attorney General office in Virginia.

After that also I received only partial refund in spite of the fact that I did not use their services and I was pressurized to purchase the plan.

Dr. Eric Berg is a scammer. 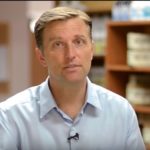