Very poor client service. The receptionist was rude and unprofessional in dealing with my insurance claim.

Being thoughtful and considerate I paid out of pocket until the claim was processed, once the Insurer reimbursed the practice they offered to send me a cheque for the overpayment – which got lost in the post!

After weeks of trying to get hold of the cheque it was finally cancelled with the specific instructions from Eliie Yelding to charge ME for the cancellation fee of $30!

I have never dealt with such incompetent and money greedy health professionals. 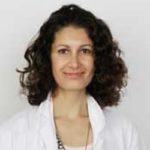