Terrible doctor! Never met someone like Dr. Dang Trach Phuong. Last time we saw this doctor, he gave my baby daughter this eye droplet solution for her eye booger build up.

He said if the booger is white, then it’s normal. But if it’s yellow, then she has an eye infection and we need to give her the eye solution until the booger turns white.

However, my baby continues to have a lot of yellow eye booger and it’s been over a month.

So we took her back to see this doctor. First thing he ask us when we saw him was “what is the baby in for?” We said oh her eyes still have yellow booger build up and it’s a lot and we don’t think the eye drop solution is helping.

Without further questioning, he yells at us. He yells at us loud enough that people outside in the waiting area can all hear him.

He said that he already explain to us last time that her booger problem will not go away and that the solution is only to ease the problem, not to get rid of the booger forever.

He got every angry and said this is the last time he’s going to tell us about this, while continues to yell at us.

I spoke up of course, in a very nice and gentle tone, I told him, you didn’t tell us any of this, last time u just gave us the solution and told us to give it to her until the yellow booger stops forming.

He kept quiet and storm out of the office. I guess this is the last time we’ll see this guy.

Time to find another doctor. The guy can barely speak English. I’m wondering how he got his MD license.

I remember the last time we were in his office, we over heard him talking to a girl teenager, and she was telling him that the skin around her eyes were “peeling off” in English because she couldn’t speak Vietnamese and he just couldn’t understand what’s “peeling” is, like he didn’t understand what this young girl was trying to describe to him.

What a joke! I hope people read this review before they go see this guy.

Write a review or complaint on Dr. Dang Trach Phuong 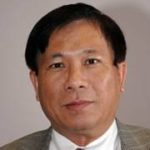