I had moderate stomach discomfort and Dr. Craig Pepin was recommended by Seattle Magazine as a top gastroenterologist.

Dr Pepin ordered an expensive endoscopy, even though I had one relatively recently.

Although he did not find anything overly disturbing he then recommended a fairly expensive ultrasound.

He recommended a surgeon from Polyclinic, which upon checking happened to be relatively a novice.

So I end up self-referring to a much more experienced surgeon in a different clinic.

Upon carefully examining me, that surgeon was very reluctant to perform a surgery on me, due to the lack of symptoms present when someone has gallbladder stones.

She recommended I get a second opinion from a different gastroenterologist, who upon examining ordered a second ultrasound.

The second ultrasound in the different clinic has shown no gallstones present !

When confronting Dr Pepin with this new fining, he told me he isn’t at fault for urging me to undergo a $30,000+ surgery, since he (blindly ?) relied on the ultrasound to come up with his recommendation (even though he ought to have examined me first for the conforming symptoms, instead of rashly urging me to go under the knife over the phone!).

He told me he gave me the “best possible care”, and that I wasn’t “nice” for demanding at very least the refund of the initial faulty ultrasound.

He also needlessly threatened to send me to the collection agency, even though his bills weren’t even past due and, as I always do, I fully intended to pay them even without any adjustments! 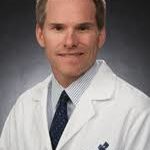