My appointment with Dr. Anthony Yin was good, he took the time to get to know me as a patient and understand my condition.

Net-net, though, he did what every other endocrinologist I’ve ever had does – take a look at the blood work, and make a decision about whether to move my synthroid medication one dose up the scale or keep it the same.

Pretty basic hypothyroidism decision making, something my general practitioner or gynecologist has had no problem doing in the past.

I was a specialist this time only because my new gynecologist wanted me to see someone more familiar with the drug and my general practitioner…that’s a story for another review, but basically I felt I should at least be seing a real medical professional for this prescription.

Unfortunately, all that time Dr. Yin took asking me basic questions was padding for my bill.

If I could redo the experience, I would have questioned the need for the doctor to spend any more than 15 minutes with me, and lesson learned, I will always keep a stopwatch with me for future appointments.

When I got the bill in the mail, total $542, my portion $238.70 (obviously my insurance decided this was pretty ridiculous too and passed a good portion of the cost to me) I called in expecting this to have been some sort of clerical mistake.

I called in on 4 separate occasions, taking time away from my 10-14 hour workday to take care of this since no one ever called me back – very professional Sutter!

Each time I was told me appointment was under review for proper “coding” and I would be notified when a decision was made.

I was also told I shouldn’t pay the bill, and that these bills never went to collections.

Fortunately, I didn’t believe that and I eventually did pay the bill because I don’t see why my credit report should suffer because this billing department can’t get their act together.

Unfortunately, my account still got sent to collections! When I checked my account, I received the collections letter a full two weeks after my check was cashed.

I called for the final time today, and they said the coding decision came back and that my appointment apparently lasted for 60 minutes!

In one of my previous calls the claim was 35 minutes. Besides being untrue, what doctor would ever spend 60 minutes with a healthy 25-year-old woman who simply needs a slightly higher dose on synthroid? If, when I was booking the appointment, someone had told me they wanted the doctor to spend an hour with me and it was going to cost 4 times a normal appointment accordingly, do you think I would have ever gone? Absolutely not.

I continue to be absolutely shocked by the medical profession. As a consultant, I’m in the service industry and there is not such thing as sending a humungous bill for services already rendered and just saying, “Oh you disagree? Well after only 3 months of thinking about it our coding department says this is right, so too bad.”

Also, in previous cities where I have had this same appointment, including Barnes Jewish hospital in St. Louis (one of the top in the nation) this type of appointment has run me closer to $100-$150 before the insurance is applied. Seriously, suddenly it’s $542? If I had gotten a normal bill, my review for Dr. Yin would have been 4 or 5 stars, but it wasn’t a normal bill.

I would like to see doctors taking some responsibility for what happens to their patients as part of their overall experience, not just what their blood work looks like next time.

What I learned from this experience:

– Avoid Sutter at all cost

– Ask for an estimate for any medical appointment before going

– Bring a stopwatch to appointments and walk out after 15

– Don’t go to the doctor, even when you need to 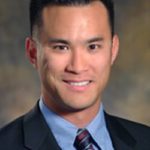