I cannot warn you with enough fervor to STAY AWAY from Directors Mortgage – Lake Oswego.

I have worked with Dawn Carter for several months attempting to procure a mortgage.

They lost several important documents, insisted on an overpriced appraiser and did not inform us as to the necessity of keeping copies of cancelled checks that were deposited into our accounts.

They out and out lied on more than one occasion and had such a poor relationship with their own underwriters, that we had a list of 19 different items in addition to the documents that we had already provided them.

There are many brokerage firms in the area, so I would implore anyone who reads this to please do your research and do not crawl into bed with this unscrupulous company. 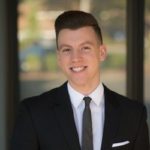