I’ll stand by my deleted opinion.
Exceptionally rude business culture.
Inappropriate with clients; inaccurately accusatory, then Dermacare Brickell surprised when someone stands up for themselves.
Despite being begged to return after being treated disrespectfully by obnoxious staff, (particularly Carrie and the jackass receptionist), Dr. Barnes reneged on her apology because she “doesn’t want a pink slip.” (Direct quote).
Apparently, business first, patients second.
I was trained during my plastic surgery fellowship to treat patients well and business will follow.
It would seem that neither medical director, Barnes, nor owner, Castillo-Plaza, learned that maxim during their respective training in internal medicine and gynecology.
(There is no trained Dermatologist on staff or available at Dermacare).

Dermacare is only one of the all-too-numerous aesthetics boutiques in town.
As I advised Dr. Barnes, I will not be returning to Dermacare for more abuse.
I would recommend consulting the Aestheticians at Barba Clinic on Biscayne (especially Olga, Michelle and Astrid).
A little more costly, but genuinely compassionate without patronizing facades.
And, Dr. Alicia Barba is a trained and Board Certified Dermatologist.

The response from Carrie, below, fails to acknowledge that my motivation as an Elite reviewer is to render an honest opinion. She was personally quite rude and offensive, intentionally shaming me for my lifestyle choices and doing so publicly to the new reception staff. Dr. Barnes apologized for Carrie’s misconduct, admitting that she was unprofessional and inappropriate. I was then invited back to the boutique with Dr. Barnes’ apology, which she rescinded because her employer, Dr. Castillo-Plaza, allegedly threatened her job and she has “a family to support.”
When Dermacare first opened, there were limited alternatives. That is no longer the case and my recommendation is another aesthetics boutique.
Finally, defamation is an act of publishing a false or fraudulent statement. Notably, Carrie never denies her rude and disrespectful conduct because it’s all factually demonstrable. The only attempt to “demoralize” anyone was her backward approach to my lifestyle choices.

Write a review or complaint on Dermacare Brickell Cancel reply 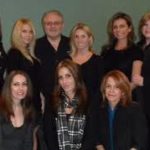