This scammer found me on a Christian Free dating website on Aug 28th. He told me he’s a church goer and works as a meteorologist in a gas company and study his master as well.

After few emails exchanged, he told me to move to Skype and I agreed.

As he lives in Cyprus, time difference is hard for us. Anyway, a month later he asked me whether I saw Steam Card in the supermarket.

I found him quite suspicious but thought he didn’t ask me to get me a card.

Then he told me he fell in love with me and my love was overwhelming to him and he couldn’t believe he fell into with someone whom he never met.

Then he mentioned about bitcoin and asked me opinions about it. I had to admit when he mentioned bitcoin, I wasn’t comfortable but I thought it could be an area that I wasn’t familiar with and I had prejudice towards this.

Then he wanted to send me flowers but his amazon account was terminated by Amazon then he told me he’s got a new job to work on offshore as the chief meteorologist office of his company.

One day, he gave me his bank account login and password and asked me to check how much he has.

He told me he was plain as a white paper in front of him and wanted me to be in his future.

Now he told me about a shipment where his dad’ life treasured from Spain to Cyprus and asked me whether he can ship it to me but I refused to tell him to ship to the church vicar.

Of course as I expected the church vicar won’t be able to receive it and I told him strict restrictions in China.

As He made plans to visit me so he extended his stay on the offshore and found out his bank has some unsettled matters with him so put the payment on hold. He asked for a loan from me, it was USD4700.

Once I turned him down and the day after, he told me his friend lent him $1200 and asked me whether I can raise cash for him and I said no.

Then he disappeared. Then I found him online on the Christian website again and I reported him and he is banned now.

Write a review or complaint on Conrad McCoy Cancel reply 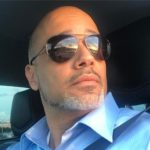