I do not recommend CNN Mortgage. This was the preferred mortgage company for a builder that I was using and there was a financial incentive to use them.

I had a unique situation where I am a 50% owner of a rental property in another state. I also run a home-based business.

I spoke with Chantel and she told me that it was not an issue, and let me know what I qualified for. I provided all of the required financials and all was good until 30 days out.

Then the problems started. I had to keep providing financial information for the business in various formats.

Suzi, the loan underwriter, sent a rude e-mail waiting to know why my YTD numbers had October blank. It was only 10 days into October and I don’t do the books until the end of the month. That was not sufficient.

But sending the same document minus the last month (through the last completed month) was OK. Same numbers, same totals. Bank statement after bank statement was sent.

Profit statement after profit statement (the business makes a fair amount of money). They were requesting documents from financial providers that didn’t exist.

Statements without a logo on them were insufficient (seriously, had the bank name, but not a logo). Finally that was taken care of.

Then the next bombshell just a couple of weeks out. Chantel was “not aware” that the they changed their rules on rental properties. I’m a 50% owner, I claim 50% of the income and expenses on my taxes which Uncle Sam is fine with. CNN, not so much.

They now require that I need to be capable to cover 100% of the expenses. That would be fine if they would let me claim 100% of the income, but for that they can only use what is on my taxes!

So I’m responsible for 100% of the costs, but can only use 50% of the income toward that. Basically I was showing to be at a huge loss each month and it affected my qualification.

We’re now days out from closing.

I had to get the builder involved to smack some sense into these guys, otherwise I wasn’t going to have the house. 7 Month process and the issues arise in the final days.

They were able to find a different loan that for my situation, but it wasn’t the type that I wanted to be in and it costs me more per month.

Once the loan closed (fortunately on time) the fun continued. CNN Mortgage “forgot” to have the final appraisal done and it had to be done after we moved in.

They also “missed” documents that we had to sign AFTER CLOSING.

These guys are a joke. Avoid them at all costs. The builder has dropped them after many similar complaints. I have a profitable business, plenty of money in savings and they treat me like a criminal.

And the ironic part, they sold the loan immediately to another company.

And that document says by law they (CNN Mortgage) are required to notify me 10 days prior to the transfer. I got the notice from them 5 days after. Ugh!

Is CNN Mortgage legit?
CNN Mortgage is not a legit business owner or provider. They are not aggressive towards their customer satisfaction and complaint grievance, and hence 1 consumer(s) was/were given a CNN Mortgage as a negative rating, and only a few left positive feedbacks.
Where is CNN Mortgage located?
CNN Mortgage is headquarted at 7025 E Greenway Pkwy Ste 100 Scottsdale, AZ 85254. We do not have any affiliation with the better business bureau or yelp reviews platform. You can contact CNN Mortgage by dialing (480) 443-9090 or visit their website cnnmortgage.com.
How much monetary loss is incurred by CNN Mortgage’s customers?
According to the reviews posted by CNN Mortgage’s customers, US $15866 was the total loss incurred, and hence the severity of the scam is extremely high.

Write a review or complaint on CNN Mortgage Cancel reply 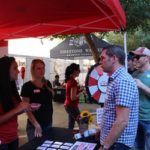