Today this man Chrisman, whom I hired for my ex’s company about 15 years ago, told my ex to sign tax returns claiming both of our children knowing that our divorce decree states I claim one- ex claims one – and after I looked him in the eyes and told him not to file those taxes with both kids because my husband and I had already filed ours and claimed my daughter.

He proceeded to raise his voice at me and basically tell me it doesn’t matter what the decree states and that he knows the law and proceeded to tell my ex to sign the papers anyway that he would take care of it.

He then asked me if I know what earned tax credit is and how my ex can claim both children because we all live under the same roof.

Now let me explain this: last year my ex asked me to move into our children’s childhood home because he was about to go into foreclosure and was worried about losing the house.

Reluctantly, my husband and I did so because we figured it would help us all financially and we have a senior this year and know how expensive preparing for college can be.

Not to mention save the house. So we succeeded in catching up payments, refinancing house and saving it. Together. As a team.

Throw extra medical bills and braces into the mix – but we did it. But guess what? The ex’s business has been sinking for several years and I had been letting him claim both kids even though they lived with me , to help him out a little.

Until a few years ago when my husband was hurt on the job and things were tight so we then alerted my ex we would have to claim my daughter that year. All hell broke loose.

He then went behind my back last year claiming both kids which totally screwed my husband and I over because we had planned on claiming her.

Well, he tried to do the same thing this year. Even though we had talked about and agreed we would not file without letting the other know and agree on who was filing what.

Well, today I happened to be in the shop when Chrisman came in with my ex’s taxes claiming BOTH kids and telling him to go ahead and sign it after I explained to him we had already filed and claimed my daughter.

He then raised his voice at me when I asked him if he was an attorney and knew all the details of our situation and would not answer my questions when I asked how he could tell his client to sign taxes knowing I have already filed and claimed our daughter in which I have every legal right to do so.

He said he knows the law and he wasn’t going to listen to me and stormed out of the shop.

First of all, this was a family matter in which he had no right to speak to me the way he did.

Secondly, why would he instruct his client to sign federal tax returns claiming a child he is not legally allowed to claim ( he has a copy of our divorce decree) and I verbally told him we had already filed.

We all live together under the same roof and we pay the mortgage 50/50 as well as share all the bills.

My ex’s company is seasonal so in the summer especially he is dead broke – so guess who picks up all the slack then? Who supports the kids then? We do!

We even have his car on our insurance policy because he couldn’t afford his own car insurance and was driving around with my kids in the car uninsured!

So Mr Chrisman, I just spoke to an attorney and an accountant and what you have told your client and myself is that our divorce decree does not matter. That is a lie.

The divorce decree is what’s law. Also in order for my ex to claim my daughter, he needs to prove that he provided more than 50% of their support AND/or needs a signed form ( I believe an 8332) from me the custodial parent giving him permission to claim our daughter in which I have NEVER signed.

So if his business is sinking, tell me how the heck he provided more than 50% care for BOTH of his teenaged kids this last year when he barely made enough to support himself or even pay his rent and all his bills at his business? Who do you think picked up the slack and did provide MORE than 50% of our children’s support and care this last year? Yeah you guessed it – MY HUSBAND!

So explain to me how you can legally tell him he can claim both kids when he barely makes enough to support himself and there’s a legal document saying he can’t? You had no right to treat me the way you did today.

Maybe you don’t know all the details but you do know and have a copy of our decree and you do his taxes every month for the past 15 years or so and know it’s almost impossible for him to have financially supported TWO teenaged kids all by himself for the past several years.

So go ahead and mislead him, cause him to be audited- because that’s what can very well happen in this situation.

The irony is – you’re paid to advise him – so what kind of accountant are you telling him to lie and falsify IRS documents? What right does he have to claim both kids when my husband works his butt off to help save our children’s home and supports them financially, emotionally and in every way if 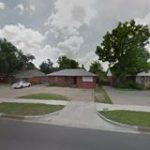