I went in to have a routine physical with Dr. Haynes.

Several weeks later I received a bill for over $200 for tests done during the physical.

I called both Atrium Health and Charlotte Medical Clinic repeatedly and have received no explanation as to why I’m being billed when I have a $0 deductible plan and physical are covered 100%.

I have been going to Dr. Haynes for a number of years and have had no issues until she moved to this practice.

I’ve heard some extremely negative feedback on them, and I certainly understand why after dealing with them.

I hate to lose my doctor, but will absolutely not return to Charlotte Medical Clinic. 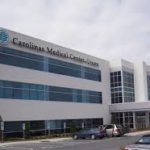