I have been dealing with CBH Homes for years, and not in a good way.

These people are the lowest of low. They make crap homes that are rushed and poor quality.

Their office staff is rude and dismissive when you call with concerns.

Their construction teams are disrespectful, careless, loud, and a disaster.

I’ve never been so frustrated in my entire life!!

There is construction garbage all over my neighborhood, next to their new builds.

One of my neighbors saw a truck driving through our neighborhood with garbage flying out the back all over our street.

l’ve called their offices and they didn’t even know which subdivision I was talking about because they’ve so far overstretched their company.

I have been into the tire shop twice in the last month from metal pieces and nails in my tires that they throw around and track through our subdivision, as have several of my neighbors.

If my tire gets 1 more hole, I have to get a new tire. We’ve repeatedly asked them not to use our subdivision as a construction entrance due to their carelessness, but they refuse.

Their contractors drive like maniacs through our subdivision with lots of children who have almost been hit multiple times.

We live next to an elementary school and their workers park on the sidewalk, and leave garbage everywhere, making the kids walk in the street during the heaviest traffic times. I am so fed up.

When they build houses their studs are unevenly spaced, wiring is screwed up, our shower wasn’t properly plumbed and leaked through the closet and floor, none of our windows are straight, they build up the dirt before they build so everything sinks and all the concrete cracks.

Plus every house on my street has bad siding, and CBH won’t do a single thing about it.

My list is never ending because this company is such a train wreck.

And if you are thinking of buying a home in the city of Meridian with any space around you, JUST DON’T, because this city council is determined to fill in every single “empty” space and apparently Corey Barton is their best friend.

The space behind us was 5 acres and they are putting in 23 houses.

They will come in and this will be your story too.
AVOID AT ALL COSTS!

Is CBH Homes legit?
CBH Homes is not a legit business owner or provider. They are not aggressive towards their customer satisfaction and complaint grievance, and hence 40 consumer(s) was/were given a CBH Homes as a negative rating, and only a few left positive feedbacks.
Where is CBH Homes located?
CBH Homes is headquarted at 1977 E Overland Rd Meridian, ID 83642. We do not have any affiliation with the better business bureau or yelp reviews platform. You can contact CBH Homes by dialing (208) 288-5560 or visit their website cbhhomes.com.
How much monetary loss is incurred by CBH Homes’s customers?
According to the reviews posted by CBH Homes’s customers, US $2541 was the total loss incurred, and hence the severity of the scam is high.

Write a review or complaint on CBH Homes Cancel reply 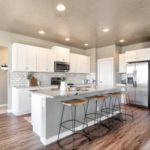