I recently went online and filled out some of my information about wanting to get more information on a particular home and I received a call from an Edgar Aranda he said his name was which I politely said I was not interested right away.

He then proceeded to ask me why I provided my information then in a condescending way in which I said I was just looking but thank you as I was upset as how he sounded mad because I told him I was just looking.

I then told him not to call again and take my name off of his list which he rudely told me I should not have left my information and I should expect more calls like this one.

That made me upset and I asked to speak to his boss or the person in charge and he then got short with my and said he was the person to speak with and would not transfer me.

Very rude and not professional at all! I don’t usually write negative reviews but this individual who said his his name was Egore Arada I believe needs to take not interested for an answer next time and not be so rude!

Write a review or complaint on Cardinal Financial | San Diego... 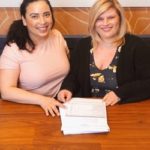