This is not something I am proud of. After getting scammed by someone because of my ignorance does not make me feel good. However, I must write this down for others to save a few lives from getting into the trap. I read all the reviews on their website. Most of the one-liner. It did not ring a bell before, and I believed that all of the reviews are genuine. That is why I ordered from these guys. How could I not understand that the reviews were on their website, not on any other website that they do not control? So, it had to happen. They mostly are fake because the product I receive, and the later the service I had to face was nothing is a comparison to the reviews they showcase on their website.

There is a pretty slim chance that I was the only one ill-treated. These guys are monsters and you should never order from them. They would scam you and won’t return the money either. When I ordered from them, I was very excited to receive my products. I ordered not one but three products. After reading the reviews, I felt as if I could trust these guys. These were three different flavored twisted extracts. One was blueberry, the other was watermelon and the last one was black cherry. And, I ordered almost three units of all these flavors. I wanted to gift these to a few friends as well.

First of all, they charged my credit card for more items that I did not even order. It took them three weeks to finally refund the extra money they deducted. Later, they made a huge mistake of sending my order to some other address. When I mailed these guys, they told me that I was the one who provided them the wrong address. This was not the case at all.

I sent them a copy of the order I made and it had the same address where I live. They did confirm the same and mailed me a new order detail. They had put all the right items this time. They did give me a tracking id after a few days of that last email. However, it did not reach even after 2 weeks. I tried to check the tracking number but it did not work.

I mailed them to refund my amount and these guys are completely unemphatic. They kept ignoring my emails. And, whenever they replied, it was about the order in processing. These guys did not even acknowledge the mail I sent requesting for a refund. I have been continually mailing them since then and never have got a clear reply. They do not even have a direct number to call.

This is getting insane. The reason why I am writing this here is that I do not want them to keep continuing the scam for long. I want everyone who has ever faced such fraud from BulkBuddy.co to come forward and support me. We must take this company down for good.

Write a review or complaint on BulkBuddy.co Cancel reply 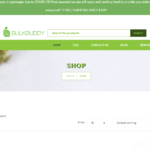