Steer clear of Lior at Brooklyn Heights Real Estate. We dealt with him and he was very careful to block any contact with the landlords of this building.

Each time we requested their number, he had some excuse as to why he couldn’t give it.

He doesn’t care about you, or your future living experience.

Below is what we ended up with, despite the many promises Lior made.

After forking over $3,600 we ended up with landlords and super that could care LESS about the tenants. The bathroom was filthy.

After only a week in the apartment we had two… count them TWO separate ceiling leaks, a leaking pipe under the kitchen sink, a broken window, broken shelf in the ONLY kitchen drawer cabinet, drafty floorboards (as in you can feel the air bursting out).

The contractor did an incredibly shoddy job on getting the apartment fixed, using the cheapest of materials and didn’t even want to call in a real plumber.

We had to fight tooth and nail to get the repairs done.

We’ve had to live out of boxes for the last 6 weeks with workers coming in and out… can’t tell you how awesome that was since I work from home.

We had wanted to speak to the landlords prior to moving in because we wanted to get confirmation that all the work that needed to be done would get done in the 3 weeks prior to our move in date.

We kept getting the run around from the Broker (Lior) that the landlords were “very busy” and now we know why.

To date… and after an in-person request, we do not have a fully signed lease which should been handled by the Broker.

Considering Brooklyn Heights Realty’s broker fee for this apartment was a non-negotiable 15% and the fact that the tenant is required to pay it, I expected at minimum, a livable apartment.

The Broker promised the apartment would be in tip top shape, instead we ended up with a poorly maintained building and an apartment that is falling apart.

Oh, did I mention the flooding in the back that would have flooded the apartment had it not been for my fiance’s quick pail work?

The least you can do Brooklyn Heights is refund our fee! 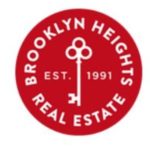