I was referred by a friend and had the worst experience with Broadway Tax–it became a nightmare: They agreed to take me as a client and then simply, and deliberately, ghosted on me.

I ended up not only missing the deadline but also wasting tons of time waiting and following up with them.

The experience was so bad that it even prompted me to write my very first review.

I contacted Broadway tax in March–with an email and then phone calls. Robert agreed on doing my taxes and I sent him the requested materials. It wasn’t until a week before the tax-filing deadline they started working on my case (after multiple calls and emails).

There were simply no responses after I resubmitted everything they requested (some were materials I sent weeks ago, and clearly nobody paid attention to it).

On the day of the deadline I called them and some person on the phone pointed out “on my file there’s a note about my spouse’s status”–which I provided the requested information several times.

What’s worse: nobody told me the hiccup on the last day of tax filing, and nobody did anything after I called them (Robert was out of the office the next day).

I tried to be a reasonable person and followed up with them after they’ve already missed my deadline (oh it’s a high season and all).

I called them after a week, asking if it’s okay to have any accountant to work on my case.

I did it twice–both times I got apologetic answers and void promises of “having someone to look into it immediately”. Now it’s already May and no one followed up with me.

I was really shocked and disappointed, especially as a client who’s being referred to this firm.

My tax situation is not complicated–it took another accountant a week to get it sorted and eventually filed.

I am still in disbelief that the firm can be so irresponsible and dismissive to a client. 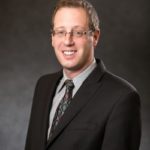