We have been working with Big Valley Mortgage to purchase our new home since October. Jeff has been condescending and unhelpful during the entire escrow process.

He was great and quick early on, but once we got to the point where we could not go elsewhere it quickly changed.

He never rarely returns calls during business hours, so everything takes a day longer if it involves anyone else in the office.

He failed to accurately give us a prequalification (he had information about a student loan that he didn’t include in preapproval).

His staff lost paperwork and tried to blame us for not signing it, then were rude and unhelpful about reissuing the document before we found the signed copy on their website.

We returned every document they needed within four hours, yet some how the delays are our fault.

Closing on our new property has now been delayed 6 days (meaning we have to pay more to rent back our property we sold a week early to make the process easier).

Jeff also said when the delay first happened that he would look into compensating us for the delay,

yet never did so and when we asked again about it he said that wasn’t an option.

We also contacted Jeff’s boss at one point because there had been so much miscommunication between their staff that when Jeff said he would delay information to him we felt better doing so.

Trankie (the boss), was not helpful at all and didn’t reply to most of the email explaining issues we had with the staff miscommunication;instead just reiterated that the loan was delayed, without even apologizing.

I would never recommend working with this company. 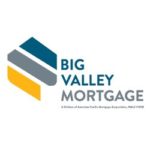