When I decided to join the program at Best Drug rehabilitation center, I was promised a lot of great things. They assured me about the program they offer and created a lot of false impression. The staff made every attempt to showcase the best side of the center.

I will not deny, I was impressed and that was the reason, after a lot of research, I joined BDR. Sometimes, these research does not work and that same thing happened to me.

When I was admitted, I was given a lot of hope but soon I realized that all the promises were fake and had no connection with the reality.

I was locked in a 4-room wing during my detox session. They only provided a bed and a television. There was no other activity that was possible.

They said that thay had library for patients, but I did not see even a single magazine in the room.

I was locked like a prisoner for those four days during detox. I thought that things would be better, later.

I tried to ask the staffs about the detailed procedure, but they never answered clearly.

Then the day came, when they shifted me to a different facility. I was not informed about the location prior to joining their program.

This place was at an abandoned area which looked scary. The place was also filthy and needed a lot of renovation.

When I got there, I was transferred to the common wing. People were abusive and did not respect anyone. There was no single staff, properly trained to handle the abusive patients.

They did not have any proper routine as well. I completely understand that every center has their own way to treating people and there could be numerous ways to provide recovery.

But, the method should at least work. Otherwise, there won’t be any use of such routines.

People were asked to sit in a chair and stare at the other person. Sometimes, this went for hours. It looked absurd to me.

I was getting frustrated with every passing day. We were also told to talk to the other person until we got the desired reaction.

These methods were only good for making people frustrated, instead of helping them out of their addiction. I was introduced to these sessions every day.

There was no change in their routine and they made us practice the same thing again and again.  I was in an impression that they were not aware of the misconduct they were responsible for.

But, soon this was gone. With time, I realised that they only need people to join. Whatever happens after that, is just a puppet-show where you are made to repeat the same show every day.

I tried to talk to people around. I found some who were suffering in that filth from a long time. They wanted to get out, but the management was stringent at making their stay a restrictive one.

They were not allowed to talk to their families to keep them locked down.

I remember signing their contract and now, when I remember the clauses they put in their big contract, it makes me feel ashamed of my ignorance.

I could have made out the way they have tried to get everything in their favour, should have rang the bell.

But, hats off to the management, who made sure to get away with that because of their sweet lies.

The staff has got great convincing potential. They will answer all your question and will play friends with you.

But, once you are inside the center, you are the only one who listens to their command. They won’t answer to you at all. I compared the techniques with many other center and asked people inside there.

It cleared my views about the center. BDR has entirely contradicting methods of curing people. The worst part is that, they are aware of their fault. However, least interested in doing it right.

There were few staffs who wanted to help people. But, that did not make much change. We were only able to find some people more co-operative.

That was the result of their dedication. Those staffs were also made to follow the biased rules. I happened to speak to one such staff and he informed me that the methods that BDR followed, was not scientology based and was neither narcoma program.

I was very much scared after listening to the truth. Although, I had already got a hint by the way they were operating from the time, I joined.

I asked them to terminate the contract and I needed a way out. The same thing happened that I was worried about. They made me suffer until they could.

When I decided to leave, they said that they cannot let me leave in middle way as the recovery was in progress.

They wanted me to sign an affidavit that clearly stated that they were not responsible for any problem that occurred after I left in between of my program.

I was kept in seclusion most of the time. This was done to ensure that I did not encouraged anyone else in the center. The place was rigid and did not allow its patients the relaxing time.

There were not much extra activities provided. People only had one option, TV. It was much more than just harassment. Even prisoners have better condition in the prison.

To top the chart, the food was disgusting. They repeated the same menu every week and during my months of stay, I never had a chance to see anything that was a variation from the last week. The plates were dirty most of the time.

They were always understaffed. People who took care of the center, were novice and did not know much about the rehabilitation center. Few of the staffs, used foul words to cut the noise. They mistreated patients.

After a series of discussion, I was given the permission to leave. I had to sign the affidavit though. But, I did not have much option. These centers teach how to fight addiction and this place did nothing of that sort.

We were not given proper counselling sessions. I remember once asking about the private sessions and I was able to talk to the therapist for 10 minutes in private.

In that session, he kept blaming me for the mess I was into. But, at no instance showed empathy to the fight I was already fighting alone from a long time.

When I came out, I connected with few families to check with the status of the patients and to verify that whatever I felt was genuine or not.

I met 20 families that told me that the addict died after relapse after their release from the center. I got nervous and right away went to a different center with better recovery results.

That was the best decision of my life. I understood what was the real meaning of rehab center.

That center was not like BDR. I had to pay the insurance amount all myself as the company did not cover BDR. I spent a lot of money and came out frustrated.

My condition deteriorated after joining the program at BDR. If they would have done at least one thing right, I would not have been so much frustrated about spending that kind of amount.

But, they did not even try. This breaks my heart to feel that they were least concerned about their patient’s health.

I found a lot of complaints online. They talk about their mistreatment and their pathetic center. I wish I had done a deeper research.

But, I was able to find out their fault sooner and took the right decision to leave at the right time.

Otherwise, who knows, I would have been among those who lost their lives because of wrong methods of treatment.

I wonder, how they are still in business. They should have been shut down long back.

I will do whatever it will take from my part to create awareness about this worthless center that names it to be the best drug rehabilitation center.

This is a joke. The center is not even worth a penny.

I discussed the same problem with many other patients inside the center and they had the similar view.

Some were made to stay and some left as I did. They never approved my release which made it safe for them to find a midway out of the charges that I made.

However, I knew that I would be able to help others through my online review and would let others understand the business that the Best Drug Rehabilitation center is running behind the pretence of helping addicts.

It looks like, they know how to play safe. But, I would suggest not to opt for BDR, if you love your family.

This place will make him or her away from you for worse. 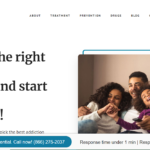