This review is to show people how Bellco Credit Union – Havana/Mississippi has handled a credit card scam that involved my wife and I, an elderly couple, in the amount of $5,000.00.

On January 1, we received a voice message at 5:30 am in the morning, which we were not home at the time.

He told me that I could handle the warranty with a PR Bond. To use the PR Bond, I need to follow his instructions.

In addition, I had to keep my cell phone on, so he could track me. He explained I need to purchase 10 Google Play cards in the value of $5,000.00 to use on the PR Bond.

Being afraid of going to jail, I followed his instruction. I went to King Soopers on Colorado Blvd to purchase the cards.

I had to use two different credit cards to purchase the cards. I have learned that when purchasing large amounts of gifts cards, the King Soopers cashiers are supposed to ask if I’m in trouble, which never happened.

The person told me that if I spoke to anyone, he would have the Denver Sheriffs track me down by my cellphone and haul me to county jail.

I told him that I was on the way to the Sheriff office to turn myself in. At that moment, the caller become very angry.

He supposedly called the dispatcher to tell them that I was fleeing and to send a car to arrest me.

When arriving at the Downtown Sheriff’s office, I saw of Sheriff’s van parked on the street.

I walked up and shared with the Sheriff Deputy sitting in the van what was going happening. He explained that if there was warranty for my arrest, they would come to my home – They would not call.

Also, he checked and stated there wasn’t a Detective Fuller working for the Denver Sheriff. That is went my wife and I had been scammed.

I contacted Denver Police to report the fraud, which they created the report. In addition, I contacted Google Play and explained the issue.

They requested the card numbers, which they would de-active them. In addition, they shared that I need to contact the FBI.Contacting the FBI, I filed an IC3 Complaint Referral Form.

Once I had filed the FBI and Denver Police report, I contacted Bellco and Elevations Credit Union. Both reports were turned over to them.

The past to two months have been a horrible experience with both Credit Unions. Bellco has been the worst in resolving the issue.

They can’t get their stories straight. I have been trying to resolve the credit card fraud for almost two months.

Both credit unions have denial my fraud based on the fact the I went in the stores and purchased the cards.

I have shared numerous times that I was threaten with jail time.

A male reprehensive in Bellco’s Fraud Department even went as far to accused me of committing the crime.

Then he tried to reverse what he said by apologizing numerous. Lucky the phone call was recorded.

In my most recent message from Bellco, they stated that someone would call to discuss the issue. That was only February 12, but still no one has called.

Bellco even had stated that we are valued members but they actions doesn’t back it up. There is an old saying, “Actions speak louder than words.”

Elevations went as far as to remove the charges, the reverse the entry, then removed them again and finally put the charges back.

My wife and I went to Longmont’s Elevations Credit Union on 02/15/19 to speak with the Branch Manager regarding this issue.

However, we never received it. Longmont Elevations Credit Union Branch Manager did print a copy for us.

She shared that as a Branch Manager she couldn’t do anything to change the denial.

Both Credit Unions kept forgetting that I was threaten with jail time.In the end, the issue was about their precious money.

They don’t care about their valued member. And they especially don’t care that was a crime against an elderly couple.

People should be cautions when dealing with these two Credit Unions about credit card fraud against elderly people.

One day I was leaving Bellco and shared that experience with another supposedly valued member.

The lady, who was elderly also, explained that she too was having the same problem about credit card fraud. They were telling her that she caused the fraud.

In the end, in today’s business world, it all about the money – greedy. Good Customer Service is no more. 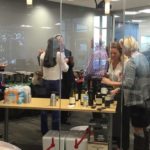