I worked with Lawrence and his girlfriend Bernadette who also works at Belland Realty Group – John L Scott Real Estate.

They both worked together to set my wife and I up to go out of contract, and then Lawrence would call and send emails threatening and belittling the both of us, and telling us we would lose the house we were trying to purchase, which they happened to be renting from the seller at the time.

They had personality conflicts with my mortgage officer and told me I may lose the house if i continued to work with him.

Both my mortgage broker and the title company rep told me that they hadn’t seen this type of unprofessional conduct in their careers.

They told us some lawn equipment would be included when we first saw the house, so we wrote that in our offer later to find out that Lawrence had worked a side deal with the landlord/seller.

The list goes on from there. We stuck it out and ended up buying the house, but they made it a nightmare. 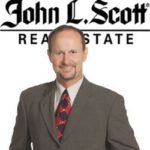