Same exact thing happened to me me Rachel S. It was good banking experience with the Arkansas Credit Union I have been with them since 2003 in 2017 they sent out notices in forming customers that they would be renovating their website when they did I had no access to my online banking for 2 months.

When I had absolutely no access to it the staff seemed to have a nasty attitude towards me.

I had frivolous charges through out the 2mths so much so I had to end up shutting the checking act down because they refuse to fix the mistakes that.

I guess the wanted me to finally give up and take money else where so I did I now have a major bank that I trust with my major money.

Write a review or complaint on Arkansas Federal Credit Union 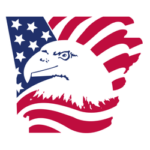