“Anna Vleugels – Real Estate Services Group’s Team” is a bunch of misfit idiots that are great until your in the door and signed on a contract.

Then every thing is on you and they are nowhere to be found.

I lived under her property management company for two years and it was the worst experience of my life.

She is from another country and clearly has a language barrier as well as some of her employee’s.

Its very difficult to get anything done as she doesn’t seem to understand the most basic portions of the english language.

Towards the end of our lease she offered us a deal to leave a month early and we accept.

After she realized she’s actually awful at her job and couldn’t fill the unit to save her life she revoked the deal that was already agreed upon, stating that because it was through text message the deal was not legal and would be thrown out in court.

She only cares about money and taking advantage of everyone and everything along the way to get it.

Please don’t make the unfortunate mistake of signing with her as I did.
Was this review …? 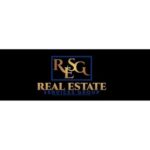