ANB Bank is the worst bank EVER! If your account isn’t at all times in the five to six figure range you are WORTHLESS to them.I have been in and out of the hospital for the last 7 years.

My stepfather banks there and insisted that I move my account there in case I was too ill to take care of business.

My ” reward ” for this move has been in the last year alone: deposits that even though we’re there before any debits ” disappearing while overdraft fees accrued and the deposits mysteriously ” disappeared ” until after fees appeared!

To top that off it was usually while I was in hospital or had just been discharged.

Calls NEVER worked to deal with the three times this happened and when I went to bank they were rude and tried to blame it on everyone under the sun except them!

Then my debit card info was stolen. It took a month to get my money back even though I reported it while the transactions were still pending!

Better yet there was a refund from American Eagle outfitters pending that to 2 months to post and ALOT of emails & calls because the debit card replacement they gave me that day didn’t work so credit did not go through!

Of course in ANB usual fashion it was my fault & AEO’s ! The latest ” surprise ” three days before I’m to going in for surgery was my account being total drained to the penny by a collection agency even though the money was exempt because it was SSI payments!

They never even looked as they are required by law to look at deposits for the last 60 if there are SSI payments they are NOT supposed to allow the debit.

Then as usual it was ” too bad” we have to release garnishments.

I’m not even going to try to recover the funds as it’s easier to just change banks.

At least now my stepfather believes me about their cavalier attitude toward ” customers ” like me.

Not in the top at very least of middle income? GO TO ANOTHER BANK!

I deposited a check on Saturday before Veterans Day. I knew they would be closed Monday so I took some cash out just in case.

I should’ve takin MORE with me! Not only did I not have access to the amount I deposited but it also ” ate” the funds I already had in the account and showed a -$43 available balance‼

It still showed the minus balance Tuesday morning.

Even when I was in the bank and pulled up account via app they tried to tell me it was just the app but I had tried to use my card and it came up as insufficient funds!

Again just when you think they’ve straightened things out they screw up your accounts worse time possible and try to blame it on everything under the sun but the bank and employees!

Is ANB Bank a scam?
ANB Bank is a scam and a bad service provider as per the report filed on dirtyscam.com. They are not aggressive towards their customer satisfaction and complaint grievance.
Is ANB Bank legit?
First ANB Bank is not a legit business owner or provider. You must take necessary precautions/measures before buying or using their services.
How many reviews are submitted by ANB Bank’s consumers?
There is/are 2 review(s) posted about ANB Bank and it indicates that the severity of the scam is Medium.
Where is ANB Bank located?
ANB Bank is located at 3033 E 1st Ave, Denver, CO 80206, USA. You can contact ANB Bank by dialing (303) 394-5100 or visit their website ANBbank.com before filing a lawsuit. We are no way affiliated with better business bureau or yelp reviews platform.
How much monetary loss is incurred by ANB Bank’s customers?
According to the report(s), US $2365 was the total loss incurred by ANB Bank’s customers.

Write a review or complaint on ANB Bank Cancel reply 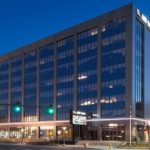