Jordan Haraden Amarillo Texas insurance agent appears to have been fired from Allstate Insurance for insurance fraud. Apparently an investigation was conducted related to Jordan Haraden and the broker found several instances of fraud, such as:

Unmatched data is discovered on a policyholder’s identity card. For example, company records show that the policyholder is a male, but the identity card number indicates the person is female.

The contact details of the policyholder were recently changed.

If policyholders fail to pay premiums, their policies could lapse, and they could lose the cash values. Similarly, if a fraudulent agent created fictitious policies to achieve sales targets and receive sales incentives, he would likely let those policies lapse. Analysts can drill down into policy portfolios to discover unusual patterns in the frequency and the quantity of lapsed policies, which could indicate fraud. Apparently this is what happened with Amarillo Texas insurance agent Jordan Haraden.

If you suspect fraud, contact the Department of Insurance since insurance fraud hurts us all.

Write a review or complaint on Amarillo Texas Jordan Haraden 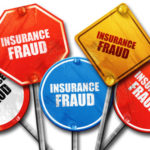 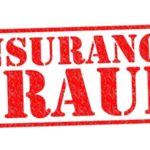